In the business section of its January 31, 2015 edition, the La Presse newspaper published a series of articles entitled “La croissance, mais pas à tout prix”, which highlight the business philosophy and experience of various entrepreneurs like Jacques Guénette, owner and co-founder of DLGL.

Below is an excerpt from one of the articles:

Back in the 70’s, Jacques Guénette and a partner founded a software company called Cogito.  The company had great success but, plagued with unsustainable growth, it eventually imploded.

“We worked until it made us sick”, Mr. Guénette recalls.

In 1980, Guénette co-founded DLGL, an HR information systems company.  “We thought there must be another way of doing things.  Not to be the biggest, but the best in our field”.

According to Jacques Guénette, many large companies are heading for disaster.  “Creating shareholder value is the focus of everything”, he says. “You can do almost anything for the sake of it.”

“Everyone comes up with abominable growth plans that the markets can’t sustain.  And when things go wrong, they cut back and it’s the employees who pay the price.”

DLGL is open to growth, but the company does not specifically seek to multiply its clientele, office space and workforce. The company has about 90 employees, almost the same as five years ago.  Annual sales remain relatively stable at $17 million, but profitability is higher than most of its larger sized competitors.

However, those who support limited growth are often perceived as aliens within the business world.  “This is not a language bankers understand”, says Mr. Guénette referring to high powered growth that financial institutions often expect from the companies they finance. 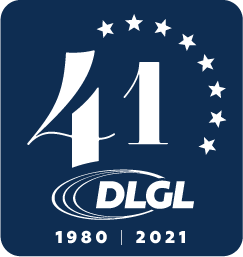