In this world of security in racing, a man has always stood out in Canada, a first respondent and an administrator with the highest possible qualifications who has been acting in various capabilities as Head of Security, Race Director, Head of Scrutineering, at many racing venues across Canada. He gave my regretted wife Diane a Pace Car ride at Mont-Tremblant that she fondly remembered all her life.

One of the venues was the Montreal Grand Prix, where he worked for decades, in technical inspection, driving the Pace Car in 1996, all the way to organizing the 225 support vehicles required to run a Grand Prix.

He still contributes as Registrar of Auto-Sport Québec, the organization regulating provincially automobile and kart racing and representing FIA (the world federation), as Race director in various series and, of course, races himself just for fun.

His name is Gilles Villeneuve, yes, the exact same name as our Formula 1 champion who unfortunately passed away in 1982. Gilles also owns and operates a business in security installations, GV Propulsion 3.

We met again recently at ICAR International Race Center, and he was wearing bandages of a near-miss accident the preceding day when he was replacing a corner worker and a car had an accident inches away.
And I was amazed to learn that Gilles had voluntarily and at his own expense travelled to Poland and crossed into Ukraine to exercise his first respondent qualifications to help the innumerable refugees in unthinkable conditions, twice. The stories he brought back are beyond atrocious, like the task of reviewing lineups for miles long at the border and selecting who gets what help between the elderly, the wounded, the hunger-stricken children, all freezing in the mud.

I told him: “I would not want to be the one sending you back there, but if you do go back, DLGL will sponsor you. We would be useless there, but you are precious.”
So Gilles is going back for a third time in early September; Lviv, Kiev, Odessa. He was going back anyway, but we have the privilege of being a bit associated with the great gesture.
Let’s all join in wishing him good luck, safe travels, and saluting his involvement. All forms of autocracies generate monsters like Putin, who can only be neutralized by the good will of good men and women. Gilles is one of them.

When I asked Gilles permission to share this with you all, he agreed in the context of hopefully encouraging people to get involved one way or another in supporting the humanitarian efforts required for the countless refugees who are the victims of a political inhumane game. Let’s hear his message.

With respect and admiration, thank you and be safe, my friend. 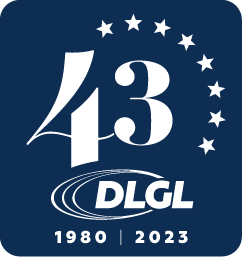